A voice in the Valley of the Sun since 1993, Clayton came to Arizona from his hometown of Joplin, MO.  With the gift of gab and a talent for doing character voices, he landed his first radio gig on an AM/FM station in 1988 where listeners knew him as Alan Michaels.  Enjoying meeting people, he took his radio show “on-the-road” where he cruised main Friday nights broadcasting from the station’s van.  Knowing he needed to be true to himself, a move to Phoenix was where he found the comfort and acceptance of a great family in the staff of the former “Wink’s Cabaret” where he was resident show DJ for 10 years, providing color commentary and smart remarks until it’s close in 2004.  Clayton hosted the annual Phoenix Gay Pride Parade for many years as well as emceeing various other fundraising events throughout the years including the annual HRC Arizona Annual Gala.  Having the reputation of a sharp tongue, he routinely gives opinions on varied topics.  If you ask him a question be prepared for his honest opinion!  Knowing the cast of “The Show” are good friends and talented people, he’s proud to have personally chosen them for this broadcast.  Clayton on Facebook 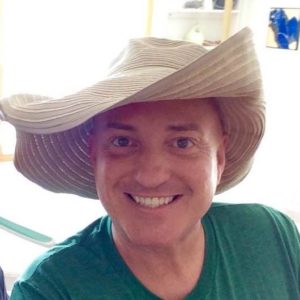 “MisseyAl” was born in Niagara Falls, raised in a gay bar in Buffalo, and starred on ABC’s “Three’s Company” as Joyce DeWitt from the tender age of 10.  After 3’s C was canceled, MisseyAl followed a waitress named Alice to Phoenix to begin a 20-year career in both the gay and straight food and beverage industries.  Ten of those years were spent trying to get local 21-year-olds to come out to their parents and stop drinking Long Islands.  After surpassing Scottsdale’s age and weight limits, MisseyAl went into the field of healthcare so enemas could now be administered professionally.  Since losing amateur status the Gay Enema Olympics have never been the same.  Some listeners may remember MisseyAl from the hit shows “Lady Nurse” and “Cooking with MisseyAl” from the M.A.N (MisseyAl Network).  Others may know MisseyAl by the Native American name “Sings Way Too Much”.  The rest of you may not know MisseyAl at all, and that’s okay too.  MisseyAl (Perkins) can be reached at misseyal@aol.com and someday by Ouija Board.  Al on Facebook 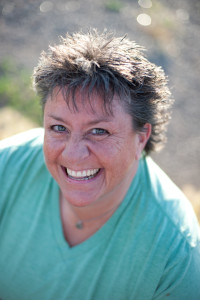 A Minnesota native, Marnie moved to Arizona in 1993. She is an ASU Alumni and has worked both in public and private venues assisting people with disabilities…which makes her participation in “The Show” a good fit. She’s an online ordained minister. Her passions are the Minnesota Vikings, her Subaru (which she didn’t realize was a lesbian referenced car), and Law & Order. When not working from home, where she manages a stable of pets and an impeccable lawn, she can often be found discussing her “You Betcha” strategy of life and entertaining the masses with a karaoke song or two. One thing Marnie has always wanted to do was be a talk show sidekick, and while expecting more from that dream, she’s happy to be on “The Show” team. You’ll soon find that Marnie is considered the “voice of reason” within the cast…but not by much!  Marnie on Facebook

It appears that Kat is unwilling to provide a BIO for this section, we’ve chosen to simply put a link to her Facebook so you can stalk her for information. Kat on Facebook

This site uses Akismet to reduce spam. Learn how your comment data is processed.